Marvel Studios’ AVENGERS: INFINITY WAR is hitting theaters soon, we are on the hour countdown. We screened it the other day and I’m still in shock! 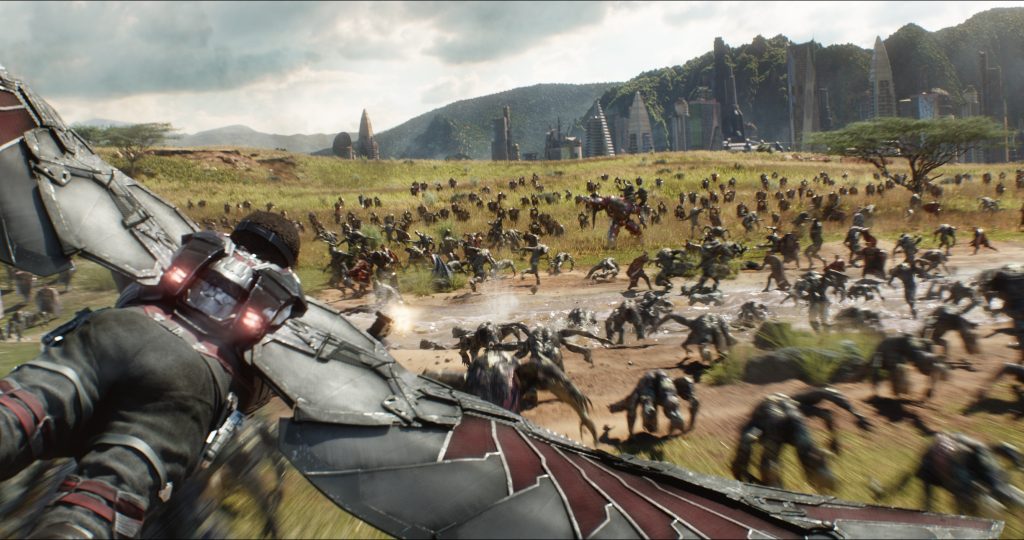 Well, due to an oath I took, I cannot divulge any spoilers in this EPIC film but I can show you released trailers and give you my Mama insight on what age I think is appropriate to take young Wilderness Explorers.

Marvel Universe has been preparing us for Avengers: Infinity War and if you are a big fan like me then you know it’s ALL going to come together here. Check out this clip:

This movie is full of emotions… our theater crowd was vibrating with anticipation from the start and once the film begins, your senses are on a rollercoaster immediately. This is one is THE funniest Marvel movies to date but also possibly the most violent and shocking. There were a couple times were we wanted to jump out of our seats and fist pump with our Super Hero and times that I looked at Clint, clutched his arm and mouthed a swear word. Yes, I was that shocked. There were sooo many scenes though that I almost couldn’t stop laughing – I was knee-slapping so hard that Clint looked at me and we were both losing it and both wondering if we were going to be able to get it back together. (Hey, we love to laugh.)

Avengers: Infinity War asssebles a team from every Marvel Cinematic Universe together to defeat the powerful Thanos. 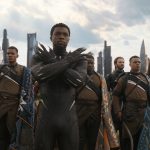 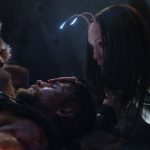 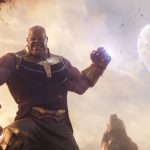 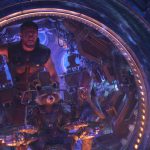 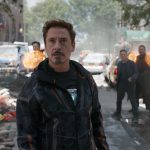 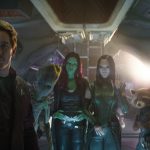 I love this video below where the cast Marvel Studios’ AVENGERS: INFINITY WAR talk about their Marvel Cinematic Universe “family” and what it has meant to them over the time they have spent together making all these films.

Okay, this one is not for young ones. We will be taking our 10 and 8 year olds but we are going to discuss with them that there is a lot of violence – it’s called Infinity WAR for a reason. There also is death. I think they both might have an issue with this so we are going to have to remind them that although they LOVE Marvel movies, that they are movies. There are jump scares that even got us. This movie is intense, I found myself wanting to talk but knew I couldn’t. Like in a bit of Marvel movies, there is some adult humor with swearing throughout. In fact, some of the jokes I think Clint and I were the only ones laughing (we can be kind of immature sometimes). You will see “the bird gesture” be given a couple times. Because of how intense this movie is, I recommend previewing it first for any Wilderness Explorers 10 years and younger or any children that may have any problems with the issues I talked about.

YES! I cannot wait to see Avengers: Infinity War again and again. I left the theater with a lot of questions for the Marvel Universe and strong emotions. Like all Marvel movies there is a theme and this one had me thinking specifically about Thanos and his motive/obsession (we all know that he is after all the Infinity stones). Was there a parallel message here to life: Are you chasing the gems (infinity stones) instead of just living your life now? Are you saying, once I have “this” (infinity stones) then I will be satisfied (the most powerful villain ever)? You see, THIS is why I LOVE Marvel movies and Avengers: Infinity War is EPIC! Go see it in theaters tomorrow!

What would you risk to save the Universe?