Meltdown over the 1st View of our ‘UP’ house 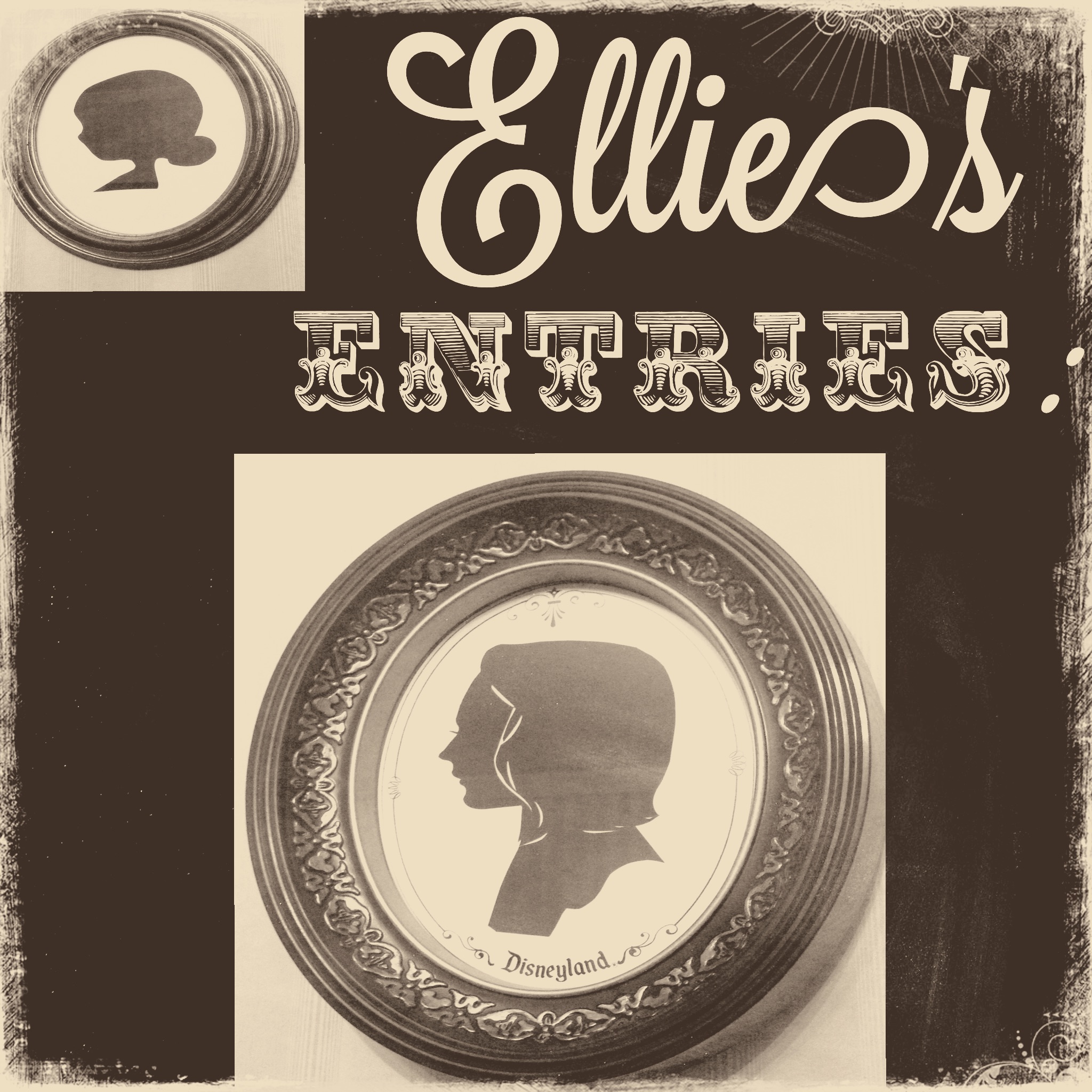 Rewinding 3 years to when Clint brought our family here to see our UP house for the first time was an experience we will never forget. The whole buying of our home was magical-powerful (more on that detailed story to come). But I want to share about what happened in the first five minutes of us pulling UP to ‘The real UP House’ and how our family reacted. 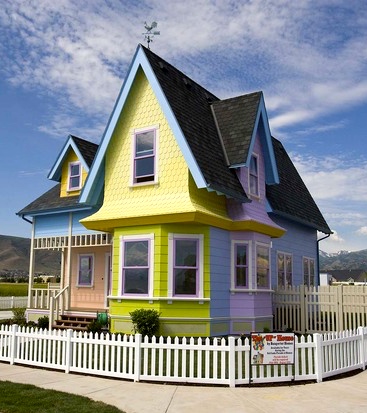 Only Clint had toured the UP house before. There were only a few houses built in the neighborhood at the time of our visit, so you could see the colorful house from Main Street (which was another sign for us because as huge Disney fans, we refer to this as Main Street, U.S.A.). As we arrived at the UP house, we had music playing and the windows down. I began to giggle and scream in excitement, pointing out the house for the kids to see. Most likely, I was saying, “Oh my word!” over and over again. Then the littles spotted it … the UP house! Coral began screaming like a natural born Disney fanatic (kinda like me) saying a bunch of stuff like, “It’s real!” “Oh my gosh!” “Look at it!” Gunnar began saying “UP!” and pointing. {Coral was 4 years old and Gunnar was 2 years old and had a limited vocabulary.}

We were going to the UP house to meet with the builder, Blair Bangerter, to talk with him about purchasing this not-for-sale-at-this-time house. The UP house was open daily at 12:30 pm (if I recall correctly) for visitors to tour, we were meeting him at 11:30 am to tour the house privately and then have the meeting. We arrived before Blair did. When we all got out of our car, Gunnar immediately, ran up to the door and tried opening it – it was locked. We tried explaining to him to wait and to come back to the car with us (because that was the polite thing to do), that we had to wait for the builder (later lovingly nick-named Blair-the-Builder). He started to melt down because he knew exactly where he was and wanted to go inside and kept saying UP, UP, UP, UP! We all wanted to cry because we knew that he felt connected and he wasn’t able to calm himself down and have patience.

The ‘meltdown’ of happiness carrying his special blue ‘gugas’ blanket

Once inside, we all had goosebumps as we toured the beautifully crafted UP house. It really was ‘the real UP House.’ Every detail had painstakingly been modeled to look just like the movie. We ‘oohed and awed’ as we walked through the house. When I walked into the Nursery the tears began to fall and I looked at Clint and said, “this has to be our home!” (Like Ellie and Carl, we could relate to this scene…more on this later)

Gunnar kept pointing out small details that I would miss, like the diamond-shaped details on the fireplace trim. Coral was walking around quoting the entire movie and acting out scenes; she’s an actor ya know.

After our tour concluded, we sat at the retro table with dog-bone details to discuss our dream with Blair. Pretty soon, he said the magical words to us… “You know what; We didn’t know it then, but I know it now, you are the family we built this house for!” I thought our hearts were going to burst out of our bodies! We began talking numbers and then I don’t remember much, just that the house was open for tours while we sat there. We were sitting behind the roped off area at the table, and there were a ton of people walking through the house as we talked to Blair, the visitors staring at us wondering what in the world was going on, I’m sure. I was floating on a cloud, a cloud shaped just like the one from Andy’s room in Toy Story.

Now fast forward just a few months … this is our Happy Place. Gunnar was speaking a little more but still behind kids his same age. We decided to finally take the hard step of getting him tested. One that parents in our shoes debate over. Do you, don’t you? We didn’t want to “label” him but we did want to get him help or intervention if that’s what Gun needed. Since we also have a nephew on the Spectrum, and the two were similar in many ways, this also helped push us towards the testing. I took him to The Children’s Center after speaking with his doctor. Both came up with the same outcome – he is on the Autism Spectrum. This made sense to me but it hits you like a ton of bricks, even though it’s a diagnosis and clarity for you/ him. I remember balling in the car not because I was sad or happy but just because it all made sense. His delay of speech, his limited speech, the reclusive and very different way he ‘played’, his obsessiveness with certain things, and so much more. I could go on and on but here’s the thing, Gun is high functioning (whatever that really means) and a bright boy. But moving into this house was so much more for him personally. He found his happy and, ironically, found grounding in this house from UP. It made a connection for him in his mind that helped him relate emotions and events from a Disney/Pixar movie into “real” life. Now, if we leave the house and are driving a distance, he tells us every time if we have driven too far from the UP house or let’s us know if we are gone too long from the UP house. Why? Because this is his comfort zone. We remind him, it is okay. When other kids, and some adults too, tease and say the house is going to float away, he freaks out. It’s not funny to him. We tell him it won’t. The UP house is his Happy Place, it is our Happy Place, it is our Home, and this is Our Adventure.

So when I designed this shirt with the blue balloon and our UP House with the saying, “Our Adventure” it means so much more than just a cool UP-themed shirt. It’s not necessarily the blue ‘Spirit of Adventure’ balloon for us (it can be for you) 🙂 but it’s for Gunnar, his journey and strength, on the Autism Spectrum, and ‘Our Adventure’ as a family. Our Gunnar, AKA ‘Blue Gunnar SuperHero’ (the superhero name he gave himself). 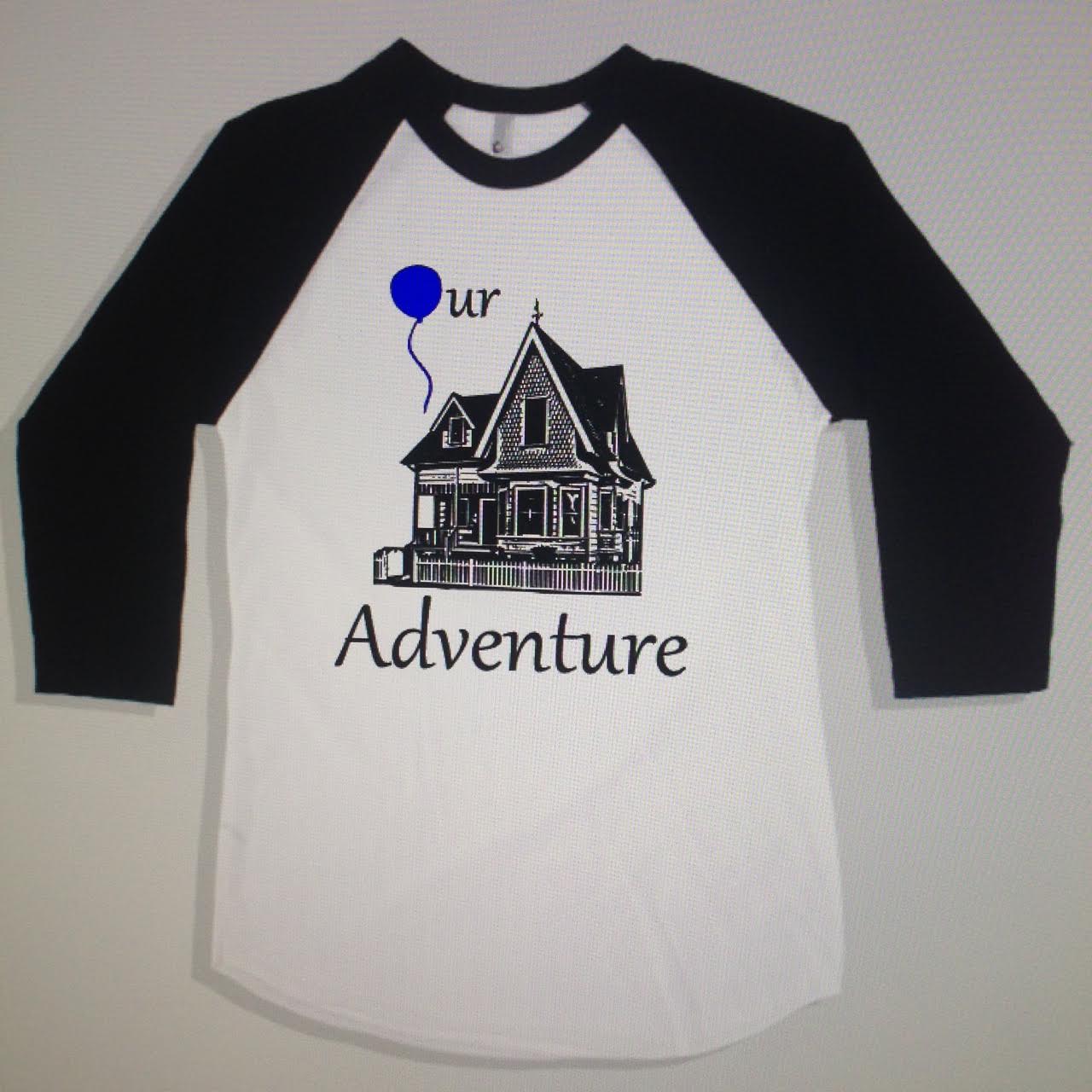 I hope you find joy when you visit our UP House. So to you, we say, welcome to our Happy Place. Thank you for all the love and support on the shirt (design); now you know how much it means to us.

Wishing you all a glorious day.