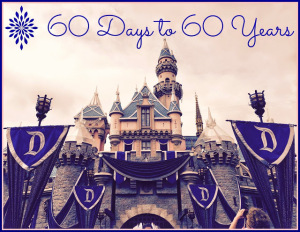 Being the uber Disney fan I am, when my girlfriend, Gayle, let me know about a bunch of fellow Disney-lovin’ Bloggers all joining forces to tell the tale of Disneyland’s history leading UP to its 60th Diamond Anniversary, I jumped at the opportunity. Each day (60 days to be factual- it’s actual, everything is satis-factual…Zip-A-Dee- wait, focus!) Be sure to follow all 60 of us as we take you on an adventure of Disneyland’s rich history leading UP to the BIG DAY – July 17! chEARs!!

It all Started with a Dreaming Dad

In Palmdale, California an ambitious Air Traffic Controller had his eyes set on bringing his three daughters to The Happiest Place on Earth creating a magical childhood for his princesses. Starting as infants, year after year, this father was able to bring Disney magic to his daughters. 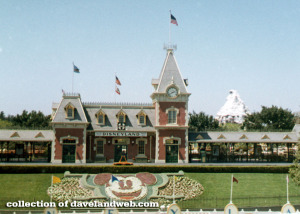 Counting down to Disneyland’s 60th Anniversary, we stop at the wonderful year of 1988. Although no new attractions were opened in this year, memories were made by the millions of Guests that entered the gates to see the friendly Mickey Mouse face made of flowers on the hillside just below Disneyland Railroad – Main Street, U.S.A. In 1988, Ronald Reagan was the President of the United States.

1988 is just one year of my yesteryears that I cherish. Visiting the Disneyland Resort has been a tradition for my family for as long as I can remember. These are just a few of our family photos from the magical world of Disneyland in 1988 that we were blessed to be a part of.  (I’m the blondie in the photos) 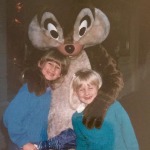 My sister and me with Chip 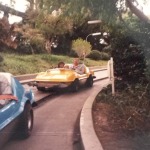 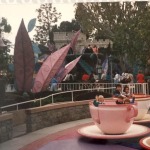 Us on the Mad Tea Party 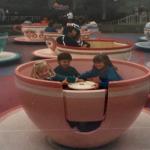 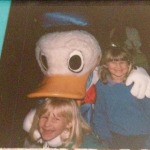 Donald Duck quacks me UP!

Hosted by Sam the Eagle, which later had a tribute in the Vinylmation community shown below, America Sings attraction was an Audio-Animatronic tribute to America through song. The America Sings doors closed in early spring of 1988, although a lot of the Characters from this attraction made a magical move to Splash Mountain to sing a Zip-a-dee-doo-dah song in their new laughin’ place. 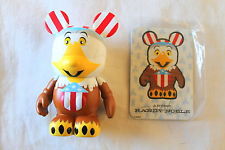 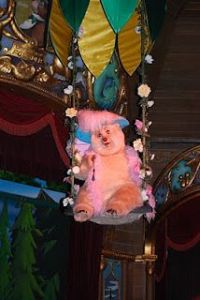 1988 was a crucial year for Disneyland and Country Bear Jamboree, which happened to be a must-do for me. I would imagine being Trixie, with her bright pink lipstick, swaying back and forth on her swing. This was the year that the Country Bears’ home, Bear Country, was renamed Critter Country.

Today, we know the classic Tomorrowland jet-spinning ride as Astro Orbitor, but as a child in 1988, there was another name – Rocket Jets. This attraction, for a young girl of 7, took great bravery to embark on such a rocket ship towering above the People Mover platform. There was something about going in circles that high that I needed to get ready for. I prefer it’s present and rather welcome location at the entrance to Tomorrowland as entered from Main Street, U.S.A. I’m proud to say that both of my littles enjoy a journey on Astro Orbitor attraction during their visit to Disneyland Park now. 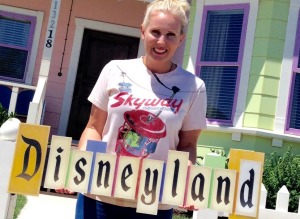 One of my other favorite childhood memories was the Skyway attraction.This aerial transport connected Fantasyland and Tomorrowland. Depending on which direction you went, it was called Skyway to Tomorrowland or Skyway to Fantasyland. You always knew you were in for a spectacular view and a slight thrill as you glided above Disneyland Park in your bucket from either land to the other. Skyway to Tomorrowland ended for Mouseketeers of all ages in 1994 though. I have a shirt I purchased from Disney Parks commemorating this attraction that I loved so much. 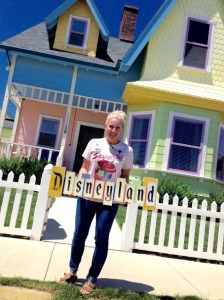 Most Guests like to enjoy a parade while visiting Disneyland; back in 1988, Guests had the opportunity to enjoy 4 different parades throughout the year. This was the last year that Circus on Parade and the State Fair parade could be enjoyed in the park. Circus on Parade featured Disney Characters, circus performers along with live animals, but only occurred seasonally at Disneyland. The State Fair parade had the feel of a small town parade, one that you would possibly see strolling down a tiny town with prize-winning farm animals adorned with their ribbons. Disneyland began showcasing a new parade called Mickey’s 60 Birthday. In the spring, a fun parade I remember watching was Blast to the Past – a musical parade with a ‘cool vibe’ to it rockin’ the tunes of the 1950’s. I remember my parents buying me a sweatshirt with Minnie Mouse in her cool shades with the ’50s theme on it – I sported that sweatshirt for years! One of my favorite things to do while enjoying a parade was to get a sweet treat. As a little girl, I loved the chocolate covered Mickey ice cream bars but as I got older – it had to be a frozen banana. Eat your fruits right!? Today it’s a churro, no question. 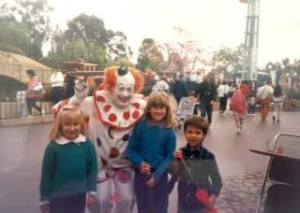 When evening comes to Disneyland, you always know you have the fireworks show. Fantasy in the Sky was simply magical in 1988. After an eventful day in the park of venturing from attraction to attraction, relaxing with the Country Bears, and enjoying Captain EO in the Magic Eye Theater, when night falls… it’s time to ooohhh and ahhhhh at the pyrotechnic merriment. I can remember the whole crowd joining in unison as we gazed at the colorful and meticulous firework display high above Sleeping Beauty Castle. 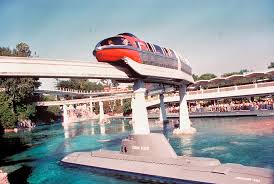 “I was so happy there. Why’d you guys take me away?” – Oliver from Oliver and Company

If you were at home but wanted a dose of pixie dust you were in luck; in the fall of 1988 on NBC, the Walt Disney Company began celebrating Mickey Mouse’s 60th birthday on The Magical World of Disney called Mickey’s 60th Birthday. As a little girl, I was glued to these Disney specials and was very excited when Chip N’ Dale Rescue Rangers was introduced to us soon after on the Disney Channel. Oliver and Company, which was based on Charles Dickens’ Oliver Twist, hit theaters this year as well, so Oliver and Company merchandise began to make it’s way to the park. I remember purchasing a Dodger stuffed animal. 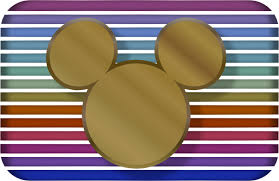 You see, when the park closes and the lights go out… the magic and spark doesn’t end. Your pixie dusted memories live forever and Disneyland becomes home – because home is where the heart is. Thank you to my parents for bringing the magic of Disney into my life both at home through the Disney Channel and the adventures we had year after year visiting Disneyland.