I had the pleasure of interviewing two filmmakers from Disney’s Moana, David G Derrick Jr, a Story Artist, and Hyrum Osmond, co-head of animation.

David G Derrick Jr. & Hyrum Osmond were generous enough to take time out of their busy schedules to sit down with three of us and answer our questions. We all previewed the film the week before.

Both David and Hyrum are storytellers.

They wanted to create believable characters in Moana.  √

They delivered. We purchased the soundtrack while vacationing in Maui and have listened to it NON-STOP. I can tell you, folks, buy the soundtrack, you will feel like you are with the characters again! Why? Because they are so believable! And the music is so dang good! My kids were acting out the scenes everywhere we went.

They also wanted you to connect with the characters.  √

Gramma Tala spoke to my soul. I loved her free-spirit and her connection with Moana and the ocean. It was a good reminder for me to make sure I was being an open listener to my littles on what THEY want to do. Now, I know they are children and we must guide them, but at some point, I need to let them make decisions – it is their path, I will be here to guide them.

Story Artists are the first to go in and the last to come out; they referred to it as a rubix cube, trying to get all the colors to line up. They work closely with screenwriters and directors; they watch the movie as a whole crew and are really hard on it and take notes. They watched the filmed 8 times during this process!

Things that got abandoned in the film:

Moana had 7 brothers at one time

HeiHei almost didn’t make it in the film

Mom came and went in the film

Every character had to earn their way into the movie.

Mom earned her way into the film though. I was so glad that in Moana, both parents were alive for the whole film. Thank you, filmmakers!

HeiHei really had to earn his way into the film. He was originally written as an angry rooster. Adam Green was the supervisor animator for HeiHei and didn’t want to lose him. So he started a campaign, “Save the rooster!”

Originally with the Kakamora scene, the heart was just stolen, Ryan Green had an idea to make the rooster really, really stupid. Another filmmaker took it a step further to have the rooster eat the heart with the kakamora, suddenly it brought comedy into a very dramatic scene.

To get HeiHei back into the film, he took HeHei, and animation of HeiHei where he couldn’t even eat his food to John Lassiter. As soon as Lassiter saw, he said, we saved the chicken!

What was so funny was the next day, the whole crew ate fried chicken!

Why wasn’t Pua on the boat?

Because Pua had his own role on the island. Pua was originally on the boat, but he didn’t earn his way on the boat like HeiHei did. HeiHei challenged Moana on the boat, he challenged her character and made her grow, Pua wouldn’t have done that. Adam Green was also the supervising animator on Pua and he knew some people would wonder why Pua wasn’t on the boat.

David’s grandfather’s tapa cloth is seen in the movie a of couple times! How special is that?!! I know next time I watch it, I’m going to look for it.

Maui’s tattoos – For Mini Maui, they collaborated and worked with CG animators and hand drawn animators. It started with Eric Goldberg, they would hand draw the tattoos and then import the tattoos and then after that, import tattoos on the CG geometry – it was quite the task! Mini Maui and Maui would effect each other.  Eric Goldberg referred to Mini Maui as a Jiminy Cricket with attitude. I love it!!!

For those of you that have Jemaine Clement’s, “Shiny” stuck in your head like me. You’re not alone and I think it was intentional. Because the song was supposed to have a pink elephants on parade effect which is mesmerizing right?!! It also has a David Bowie influence which I love! Anything now that shines, dazzles or sparkles has me singing, “I’m too Shiny!”

Polynesian culture hasn’t always been portrayed right, David wanted it to be correct in Moana.

Polynesian cultures were able to navigate from all over, from Tonga and Samoa to Easter Island to Hawaii, plus many other islands all without modern instruments, all through the art & culture of wayfindfinding and that’s something in that song, “We Know The Way” is about.

David was proud to be part of making Moana to honor his ancestors, stating “… this culture is deep and alive today. Moana is a character. She stands out from her community and she doesn’t know why she discovers this culture and she doesn’t know why. I want the Pacific Islander community to be proud of me and see themselves in the movie. Whoever you are, whereever you come from, you stand from a long line of ancestors that can inspire you and motivate you through life.”

It was fun to let David and Hyrum know at the end that we were headed to Maui when Moana hit theaters. Being on the island was exciting. My mother-in-law purchased tickets for our whole family to see Moana a month earlier and I’m thankful she did, because Moana was sold out for that whole week there. We listened to the soundtrack non-stop.

Clint and I had a package delivered from the Disney store the day after Thanksgiving when we all saw Moana again and surprised the littles with HeiHei for Coral and Maui’s magical fish hook for Gunnar. They were shocked and thrilled. They both took their new toys with us on almost every adventure for the rest of the time in Maui. Gunnar also wanted to be referred to as Maui.  😉 On the plane ride home, we bought one of each of ALL the Hawaiian Airlines exclusive Moana merchandise, ALL. 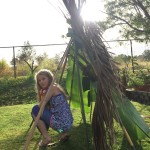 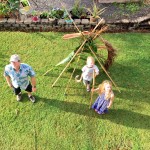 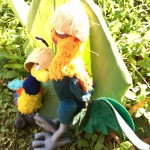 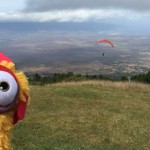 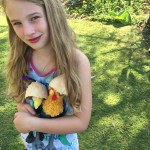 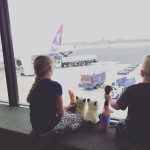