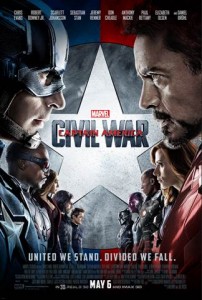 I’m so excited to share with you all the new trailer and poster for Marvel’s CAPTAIN AMERICA: CIVIL WAR!

Marvel’s “Captain America: Civil War” finds Steve Rogers leading the newly formed team of Avengers in their continued efforts to safeguard humanity. But after another incident involving the Avengers results in collateral damage, political pressure mounts to install a system of accountability, headed by a governing body to oversee and direct the team. The new status quo fractures the Avengers, resulting in two camps—one led by Steve Rogers and his desire for the Avengers to remain free to defend humanity without government interference, and the other following Tony Stark’s surprising decision to support government oversight and accountability. 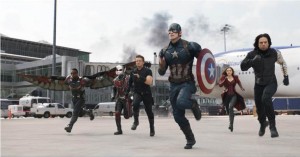 My heart aches that there is a divide in the Avengers team… I naturally love #TeamCap because well, he’s Captain America and when Thor ♥ is not around, he’s my guy! I love Captain America’s honesty and good soul. We saw his loyalty in Captain America: The Winter Soldier again when his childhood friend, Bucky appeared. Bucky will play a role in this film, CAPTAIN AMERICA: CIVIL WAR, which is why (I’m assuming) is part of the divide.

But man, Tony Stark is so clever! Laughter is SO important to me. (Everybody’s gotta a laughin’ place) That’s something to think about, right?!

Plus, with Clint recently retired from the USCG, I’m already torn on the whole Government attachment vs detachment debate. {raises shoulders}  (Sidenote: I so giggled when we found out that Hawkeye’s real name is Clint and he’s a DAD in Avengers: Age Of Ultron – it UPed Hawkeye’s coolness and hotness meter…because my husband is that and more)

I’m leaning towards Captain America, but I’m hopeful I won’t have to even choose a side because the Avengers are a team and in the end there will NOT be a divide. {crosses fingers}

Get ready to pick a side and join the nonstop action playing out on two fronts when Marvel’s “Captain America: Civil War” opens in U.S. theaters on May 6, 2016. 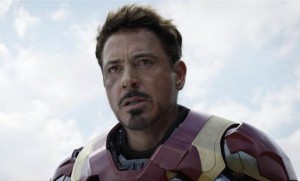 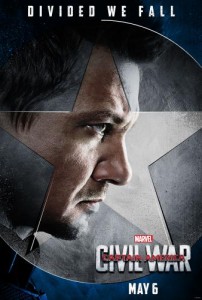 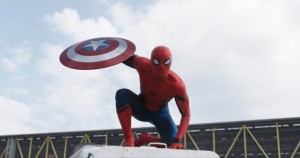 So tell me, which side will you choose?